On the 4th of July, 1776, The United States of America declared independence from Great Britain by adopting the Declaration of Independence. Traditionally the holiday celebrates America becoming an independent nation, but today it's more commonly just a celebration of being American and of all things American. For expats, it can be a chance to indulge in shared memories.

Banana splits are an easy to make American favorite. Peel a banana and slice it in half lengthwise, placing the two halves spread apart in a bowl. Add a few scoops of ice cream in between the banana halves, decoratively pour/drizzle chocolate syrup over the ice cream and garnish with whipped cream and a cherry or three. 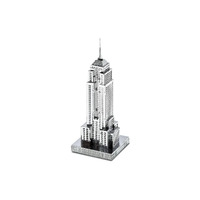 Dress up as the iconic Uncle Sam character for your next party. Includes:

Does not include hat, beard, gloves, spats or shoes.