So your friends Alice and Albert are throwing an ‘A' theme party to justify their purchase of an aardvark costume five years ago. They're ready for the party, but what about everyone else? It's hard to think of costume ideas, so here are some for an ‘A' theme party.

See costumes starting with A from Costumes.com.au

and costumes starting with A from Costumebox

Dress-ups – Jobs starting with ‘A'

Dressing up as an occupation gives you plenty of scope for creativity and indulging in a little humour. Think about how characters with these occupations have been characterised in films and television. Use accessories and catchphrases to give plenty of clues. Consider some of these occupations beginning with A …

Make your own decorations with A4 sized templates from 0to5.com.au- letter A 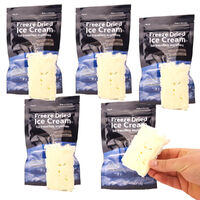 Blast off into space with this great outfit. Includes:

Weren't they meant to be creepy, kooky and altogether ooky? You'll look anything but in this slinky Sexy Morticia Adult Costume! Includes:

Wig, jewellery and shoes not included. This is an officially licensed The Addams Family ™ costume.

You will look adorable in this Raggedy Andy costume. Pair with Ann for a fun couples costume! Includes:

Does not include shoes. Fits adult size Plus up to a 59″ waist. This is an officially licensed Classic Raggedy Ann & Andy™ product.

Reprise the role of the Red Queen from Tim Burton's classic film, Alice in Wonderland! In the movie her head is three times bigger than normal size. But yours should stay the same, despite how royal you feel dressed as this Queen of Hearts! Includes:

Does not include makeup, chair, or shoes. This is an officially licensed Disney product.

Does not include earrings or shoes. This is an officially licensed Disney product from Tim Burton's Alice in Wonderland.